A seminar on Quality Function Deployment (QFD) was organized by Hong Kong Society for Quality (HKSQ) and co-organized by Hong Kong Quality Function Deployment Association (HKQFDA) on 26 Aug 2011. QFD is a useful and practical method for product and service development. Moreover, HKQFDA is non-business organization to promote QFD application. All their workshops and trainings are free. 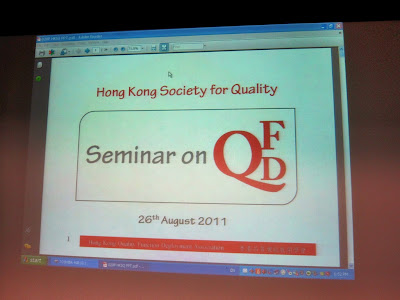 Dr. Catherine Chan (President, Hong Kong QFD Association) was the speaker to introduce QFD to us. QFD is established to Japan since 1960, it have been widely used by many world renowned enterprises, including Toyota, Nissan, GM, Hitachi, IBM, etc., for doing quality planning and product design. 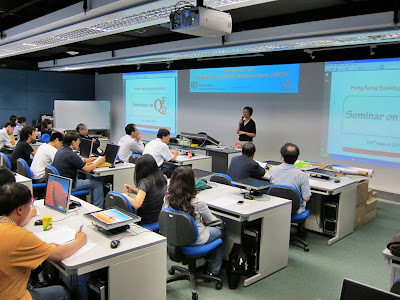 Then Dr. Chan introduced two founders of QFD. They are Prof. Shigeru Mizuno and Prof. Yoji Akao. Both awarded Deming Prices in 1952 and 1978, respectively. 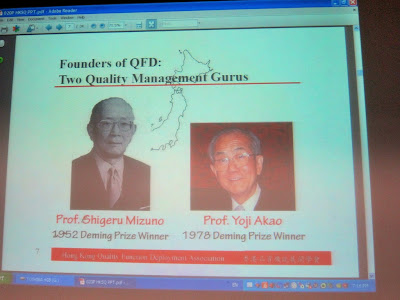 Q - Quality which is determined by Customer Expectations (CE)

Dr. Chan explained that the gramme of Japanese is "Subject", "Object" and "Verb". Therefore, QFD means "Quality Deploy into Function". 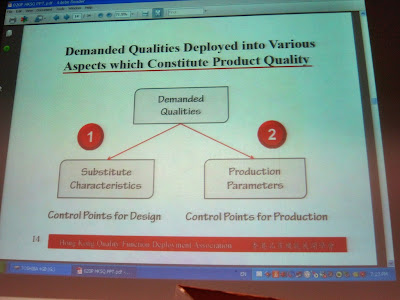 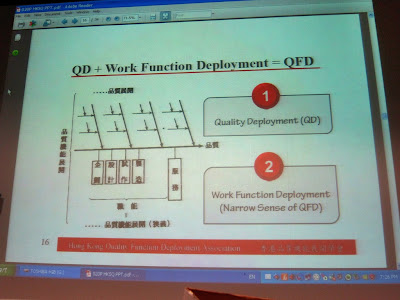 The most important of QFD is to develop a Quality Table. It is used to convert the needs from "Customers' World" into "Engineers' World". 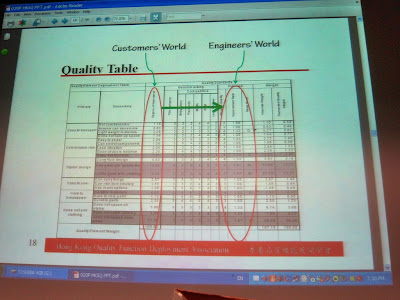 The main use of QFD includes Quality Planning, Product/Service Development and Process Improvement. It could be complementary to other product development methods such as Six Sigma and Lean. 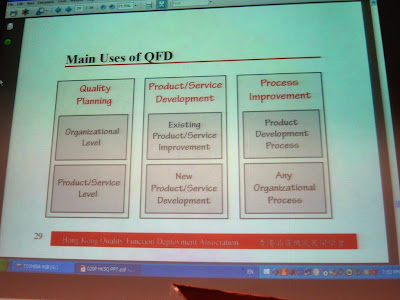 After the seminar, I represented HKSQ to present a souvenir to Dr. Catherine Chan. 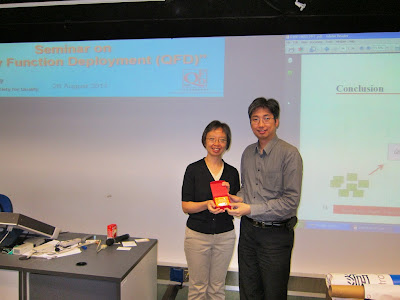 At the end, Dr. Albert Tsang (Ex-Chairman of HKSQ) introduced HKSQ activities and ANQ Congress 2012 which will be held in Hong Kong. A news about HKSQ website placed in Hong Kong Council for Testing and Certification (HKCTC) website was mentioned. 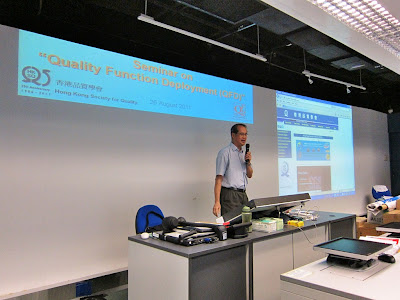