The technical visit to Intertek LED Testing Centre was organized by Hong Kong Society for Quality (HKSQ) on 14 May 2010. Following the HKSAR government’s initiative of supporting the six major industries, Intertek Testing Sevices (Hong Kong) Ltd. established Hong Kong’s first LED Testing Center on 15 March 2010 with significant investment in equipment, including the Mirror Style Type C Goniophotometer. I would like to share the visit in here. 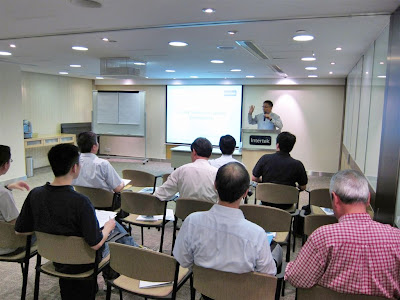 The background of Intertek was introduced such as over 25000 people and more than 1000 laboratories and offices worldwide. Its “Commercial & Electrical” team was the largest in Hong Kong (about 250 staff). Moreover, they had three LED Testing Centers for lighting performance test in USA, Sweden and Hong Kong. 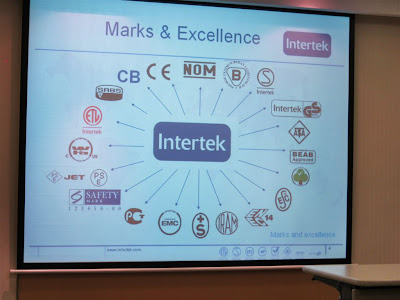 After the introduction, we visited the center. 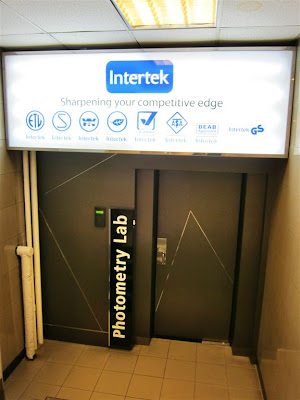 Mr. Leong introduced the equipment and light distribution result to us.
He showed how to measure the light bulb through integrated spheres. The light bulb should turn on for 100hr until it stabilized. Then it needed to test for 6000hr or more and measured its performance reduction per 2000hr. 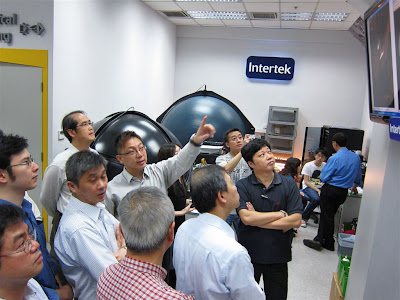 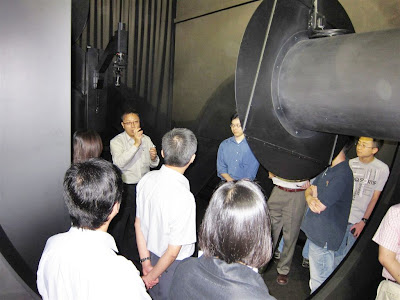 Photo-Biological Safety Testing facilities were introduced.
(e.g. a double monochromator based spectroradiometer system for the hazard classification of lamps) 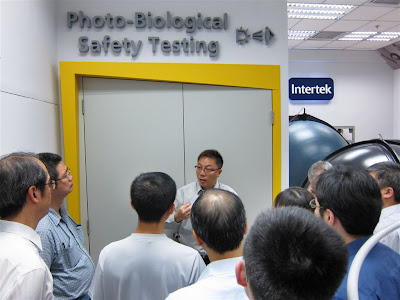 Finally, Mr. Leong explained why Intertek would like to invest the testing centre in Hong Kong. It signified a major milestone in the development of the Asia Pacific Region’s testing and certification hub and the centre supported the emerging LED industry in the Region.

I presented a souvenir to Mr. Leong. 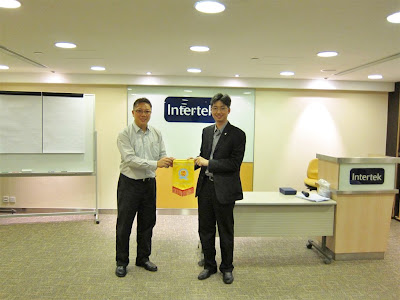 We took a group photo for memory.