The HKIE seminar about LAL testing presented by Ms. Laurie Fife on 13 March 2008 from 4:00pm to 6:00pm in Hong Kong Productivity Council. I would like to summarize and search more information about this topic as follows:

She demonstrates the testing kid to us during the seminar. 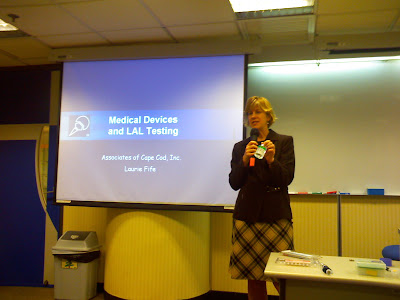 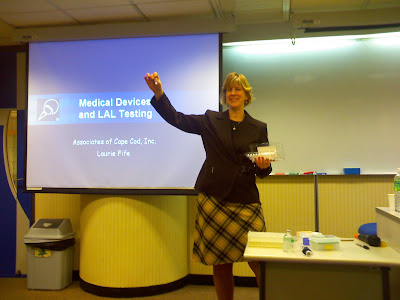 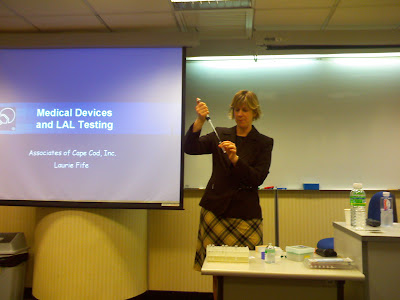 Finally, a positive result was obtained. 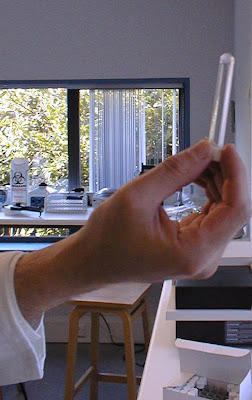 Introduction:
Pyrogen:
The pyrogen will cause the elevated body temperature (i.e. fever). Pyrogens are usually bacterial products and remains or decaying products of the bacterial cell walls. Even in minimum dose, these substances induce elevated body temperature when injected into humans and animals. Pyrogens are usually high-molecular-weight substances of polymerous nature, like lipopolysacharids. Pyrogens could be either microbial or non-microbial.

Endotoxin:
Endotoxins are high-molecular-weight complexes associated with the outer membrane of gram-negative bacteria (GNB). They are the most usual cause of the elevated body temperature, induced by contaminated drug products. Their pyrogenic activity is higher than that of other pyrogenic substances. It could be said that the absence of such bacterial endotoxins in a drug implies the absence of pyrogenic components in examined drug in general. Endotoxins are similar to lipopolysacharids, they are heat stable and can survive the sterilisation process. In their molecular structure, endotoxins contain lipid A which is responsible for the endotoxic activity of the endotoxins. The free form of lipid A, extracted from endotoxins by acid hydrolysis, has almost the same spectrum of biological activities as the endotoxin itself.

Lipopolysaccharide (LPS):
LPS is a major component of the outer membrane of Gram-negative bacteria, contributing greatly to the structural integrity of the bacteria, and protecting the membrane from certain kinds of chemical attack. LPS is an endotoxin, and induces a strong response from normal animal immune systems. 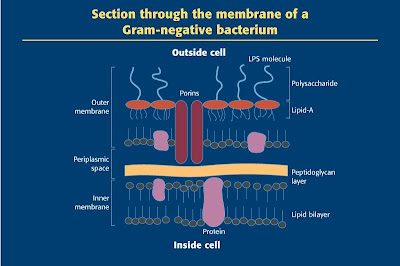 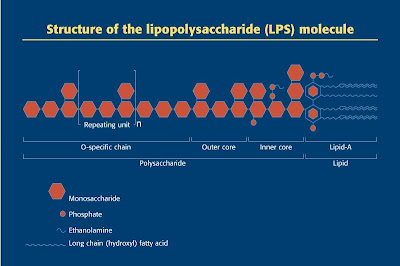 Fever is a rise in our body's normal temperature, which, on average, is 98.6 degrees Farenheit. Our blood and lymphatic systems produce white blood cells which are what fight off infection. As our white blood cells increase in number, like an army to fight the germs, they go faster and faster attacking the germs, this causes our bodies to heat up, thus causing the fever or rise in body temperature. The hypothalamus in the brain, which is the body's heat regulating mechanism is affected by the pyrogens, or the white blood cells that are produced to fight the infection.

Why Limulus Amebocyte Lysate (LAL) testing?
Rabbit Pyrogen Test
1920’s Seibert proved fevers from IV products were induced by heat-stable, filterable substances called “pyrogens” and then he chose the rabbit as the animal model. But Rabbits test may cause false positives. Moreover, it needs to inject three rabbits per test.

Limulus Amebocyte Lysate (LAL) testing is including:
• Gel Clot
• Endpoint Chromogenic
• Automated assays
– Turbidimetric
– Chromogenic
Limulus polyphemus—the American Horseshoe Crab was employed. The cardiac membrane is disinfected with a sterile alcohol wipe. A sterile needle is gently inserted and the blood begins to flow. Bleeding takes seconds and the needle is removed as the flow of blood slows. Clotting takes place at the point of needle insertion.
Host Defense Mechanism:
. Granules contain clotting factor / enzymes.
. The crab can survive having most of its blood clot.
. Gram-negative bacteria or endotoxin causes blood cells (amebocytes) to release proteins into the plasma (hemolymph) causing the blood to coagulate.
. Coagulation kills bacteria and neutralizes endotoxin. 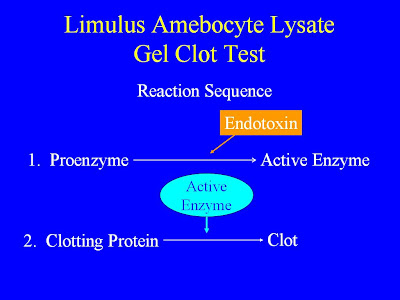 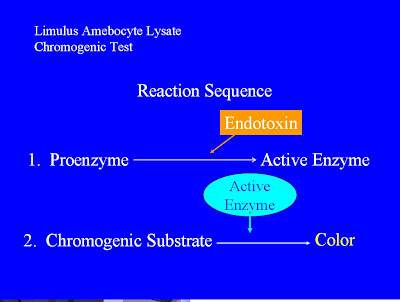 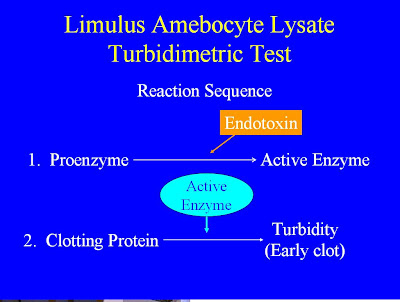 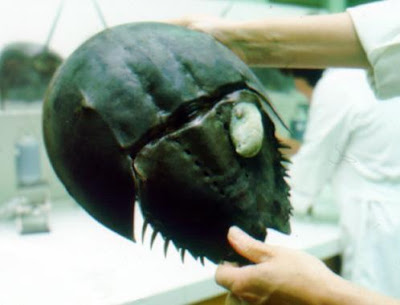 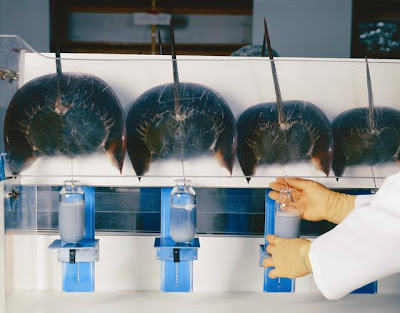 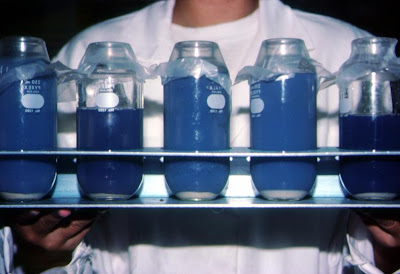 Hi, I am writing a short post on my nature blog about horseshoe crabs and I am wondering if I can use your 7th picture in this post as an illustration. Proper credits will be placed.

Hope to hear from you. Thanks!