Hong Kong Society for Quality (HKSQ) is organizing a study mission to visit Singapore include a half-day seminar / sharing session at Singapore Quality Institute (SQI) regarding service quality in Singapore and technical visits to Universal Studios Singapore, which arranged by SQI, from 20 to 24 Feb 2013. This study mission will enable delegates from Hong Kong organizations to learn the best practices of high service performing organizations in pursuit of performance excellence. I would like to summarize the trip for sharing below. 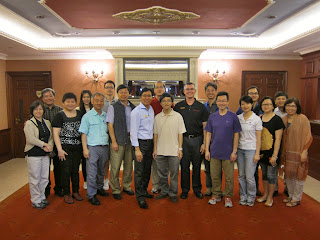 Mr. Leong Yue Weng (Assistant Director, Park Operations of USS) briefed the service quality in USS. They would like to bring value from money in terms of customer experience and they expected the customer visited the park at least 3 times through annual pass ticket. Moreover, Mr. Leong introduced their standard named "Three meter & One meter Rule" meaning that staff are aware customer in 3m distance and smile in 1m distance. They had a Training & Development Department to train their staff in four factors. They were Safety, Theme, Service and Operational Effectiveness. Mr. Leong briefed they had different service such as family room, pray room, single rider queue and mobile charging service. Nevertheless, they recognized people such as birthday and special day, as well as, they recognized staff contributions such as staff suggestion on program sheet for customer. 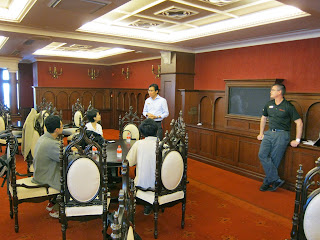 Mr. Sean Durney (Assistant Director, Park Operations of USS) discussed the ticketing system and queue information to customer such as how many minutes to be queued. Another important think was guest recovery. They had front line staff empowerment to repair the relationship. Once incident happened, they brought out the problem off site and let the operation continuous during the complaint handling. Sean also mentioned they would perform a customer survey using questionnaire (about 104 questions). I questioned how to ask customer to fill so long questionnaire. Sean replied that they would ask parent when they waited their sons/daugthers for the game.
Sean also mentioned about their Park Ambassador who walked and talked with guests as well as keeping the park clean which was one of duties for all staff included managers. (During the tour, I saw Sean to pick up rubbish by himself.) 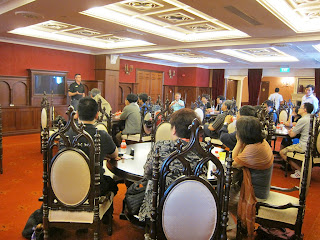 After the talk, our Chairman Mr. Karson Chui presented a HKSQ flag to Sean and Leong. 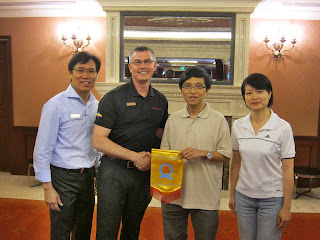 Then we had a tour around the Park. 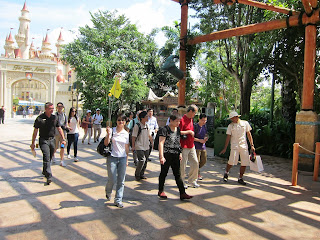 We took a group photo in front of Ancient Egypt Zone. 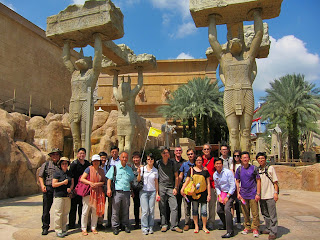 We had lunch in Chinese Restaurant and Karson gave appreciation message to Mr. Leong and Mr. Sean Durney. 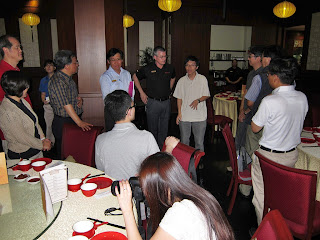 HKSQ members photo in the restaurant. 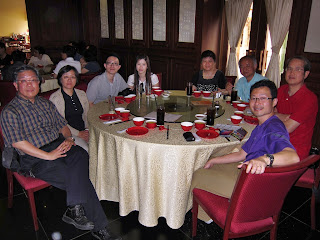 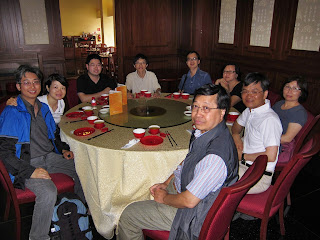 I took a photo with two speakers for memory. 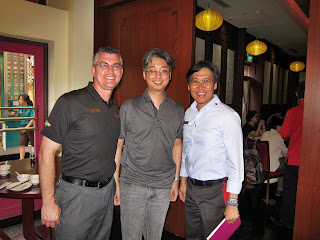 After the lunch, it is free time for members to enjoy the facilities of USS and we played Jurassic Park Rapids Adventure which was a water raft system for thrill-seekers. Our chairman (Karson) was wet completely! 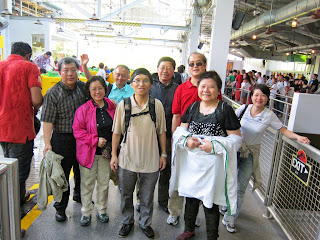 At night, some of members joined together to try the chilli crab which was very famous food in Singapore. 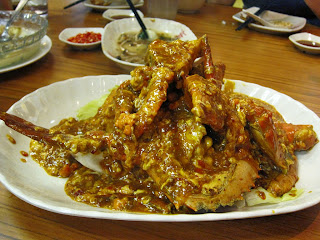 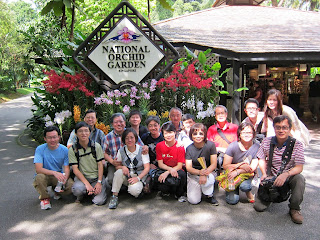 We saw a Golden Tiger Orchid. 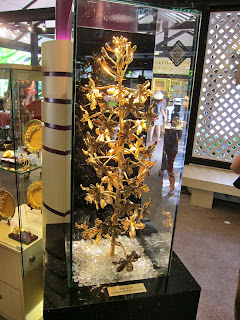 Before going to airport, we visited the ION Orchard Shopping Mall in Singapore. 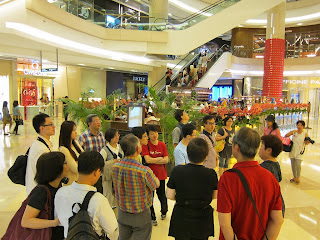 HKSQ members are satisfied the study mission in Singapore and learnt their service quality.