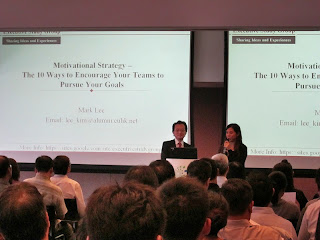 In the beginning, Dr. Lee explained the goal of motivation aims to managing employee performance. In the past, control was more important than motivation because people were simply considered as parts of machine for producing goods and service. The Father of Scientific Management – Frederick Taylor defined work in terms of coordinated, highly specified tasks designed for optimal efficiency. He viewed human nature that employees could be motivated only by pay and the fear of dismissal and unemployment. 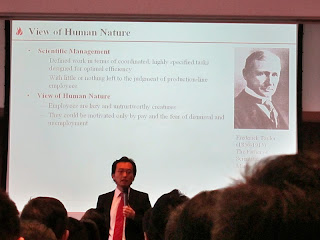 Then Dr. Lee introduced Prof. Douglas McGregor, an American social psychologist, who proposed his famous X-Y theory in his 1960 book 'The Human Side of Enterprise'. 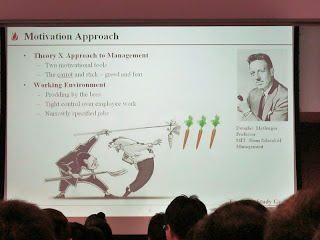 Prof. Elton Mayo performed an experiment about working conditions between 1924 and 1932. He was surprised finding that productivity improved appeared to be independent of working conditions and developed the theory called “Hawthorne Effect”. He discovered that work output was not simply a function of a job’s scientific design, as Taylor would have it. But paying attention to employee could increase productivity. 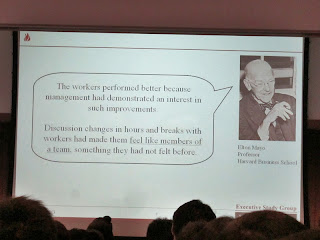 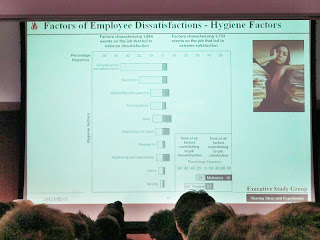 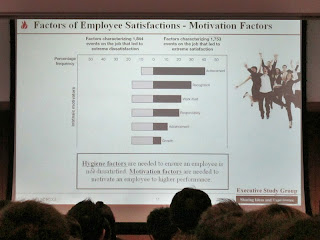 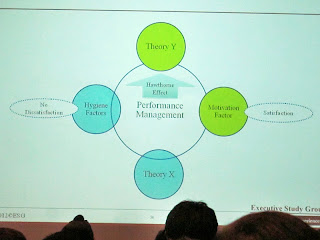 And then Dr. Lee described 10 Motivational Practices one by one. 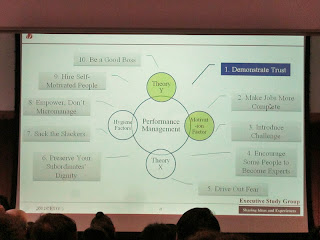 1. Demonstrate Trust
Dr. Lee used Ritz-Carlton Hotel as example that they assigned $2000 per employee per customer to solve customer complaint in the manner the employee felt was appropriate. He quoted Prof. Linda Hill that managers could begin by explaining to subordinates why something must be done. 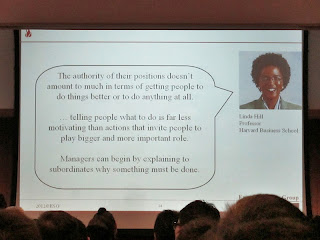 2. Make Jobs More Complete
If you want to motivate people who seem ready for a new challenge, give them a more complete unit of work. Team-based approaches were used to provide a meaningful task.

3. Introduce Challenge
Dr. Lee used Apple as an example that Steve Job said to engineers “We want to make a product like the first telephone. We want to make mass-market appliances.” 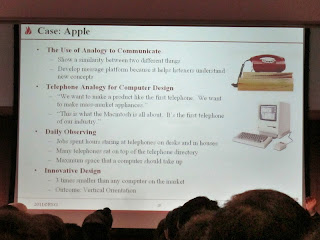 4. Encourage Some People to Become Experts
Leader aimed to encourage certain individuals to become experts in subjects that interest them and that provide real value to the organization. Dr. Lee quoted the Super-Star Store Manager System of UNIQLO as an example. 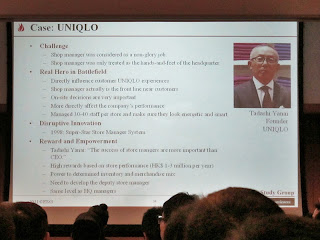 5. Drive Out Fear
The father of quality management – Edwards Deming was introduced the culture for continuous improvement. One of his 14 points was “Drive out fear”. It is because Fear reduces collaboration, creativity, and prudent risk-taking, etc. 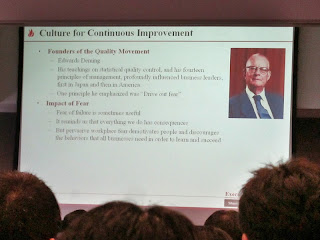 6. Preserve Your Subordinates’ Dignity
Dr. Lee said the mission statement of Four Seasons Hotel showed this practice that “Our greatest asset, and the key to our success, is our people.”

7. Sack the Slackers
Slackers did not want to contribute more and usually said “That’s not my job.” So Dr. Lee quoted Jack Welch statement “Strong managers who make tough decisions to cut jobs provide the only true job security in today’s world.” 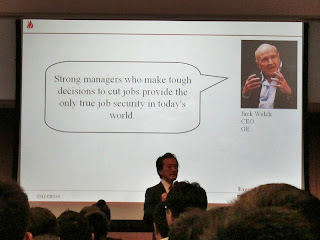 8. Empower, Don’t Micromanage
People are generally more motivated when they feel they own what they do. It is a sense of ownership.

10. Be a Good Boss
Good manager should have the following characteristic:
- Not only achieves unit goals
- But also earns the respect and trust of his or her subordinates
- Providing objective feedback
- Rewarding genuine performance
- Taking an interest in the personal goals of subordinates 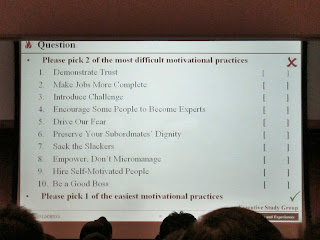