Dr. Goman Ho (Director of Arup China) was invited to share his experience on managing the huge project – The first Olympics Game in Beijing, China.

First of all, Dr. Ho explained the problems they encountered were limited time (it must be finished before Aug 2008) and all related projects (including Water Cube, Bird’s Nest, Airport and hotels, etc.) were running in the same time.

He explained the following challenges one by one:
- Mobilize resources within a short period of time
- Design team with different language, from different culture, in different time zone and with different practices / codes.
- Huge numbers of engineers required
During the project, he experienced the power of Globalization. 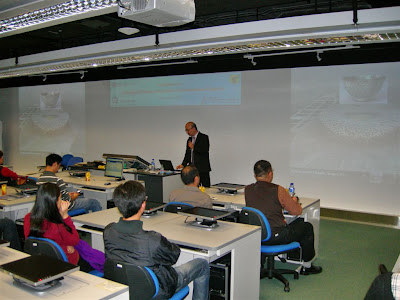 The first item of the project he started was the National Stadium (Bird’s Nest), having a seating capacity of 91,000. Bird’s Nest was the nickname. Dr. Ho explained the real inspiration behind the Bird’s Nest’s structural form was actually the pattern which was found on the crackled glazes of antique Chinese pottery. The structure design was blur distinction between primary and secondary pillar, so that ordinary people were not able to observe the main structure of Bird’s Nest. Based on the roof geometry, the curve steel needed to be built in shipyard. Moreover, Dr. Ho stated the National Stadium was very environmental friendly in which no air-conditioning system was installed but nature wind is utilized via the particular design.

The second project he introduced to us was the National Aquatics Centre (Water Cube). The 177m x 177m x 31m Water Cube has a gross flow area of 70,000 m2 and seating for 17000 spectators. There are Chinese cultural – the Forbidden City is laid out in squares representing earth. The question for the designers was how to fit this material to a rectangular structure. They used Foam Theory which came from Lord Kelvin.

Then Dr. Ho explained the design idea of CCTV Headquarter that was came from cutting of a pyramid. Then he also described the engineering difficulties in the construction stage.

After than he gave details about the Beijing Capital Airport Terminal 3 which was 3 time larger than Hong Kong Airport. The inspiration behind the shape and yellow color of airport were the Chinese character “man” (人) and emperor coat, respectively, implying Chinese people like dragon flying in the sky. The most important to be considered was the logistics of people.


HKSQ members were enthusiastically to participate in the Q&A session. 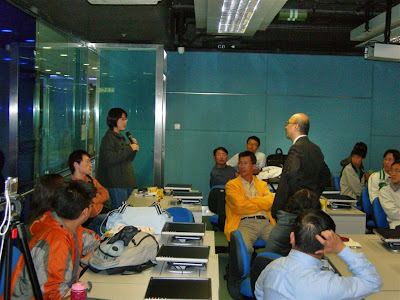 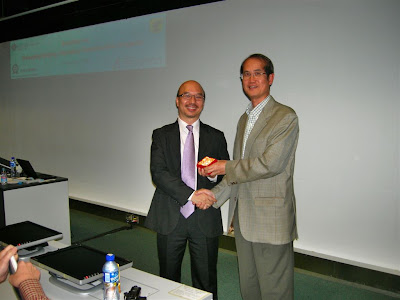